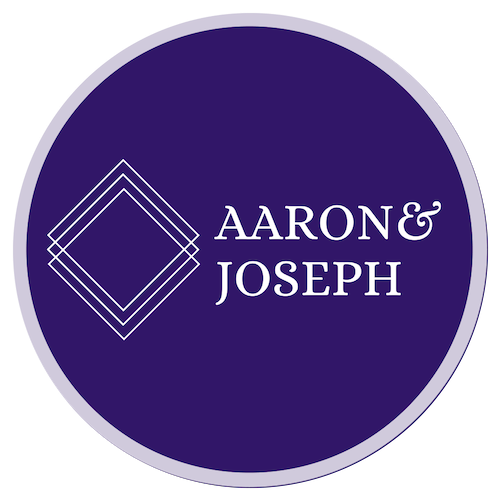 Finding awareness, perception and emotion. The consciousness of Earth, what's next for us?

Join the Mastermind at www.ShiftYourEnergyNow.com

And when you step back into the place of awareness, then you're aware of your emotions. You're aware of the thoughts, the beliefs and ideas that are generating the emotion, and you can allow it to find its gentle resolution.

And as you're moving through life, it is not then having the thoughts or the beliefs come up and then you're identifying with them, and then how do I change this belief and so on and so forth. But instead you're recognizing reactions. You're recognizing patterns, and you're not trying to affect change, again, by applying sort of physical laws by going into the inner world and, and changing the thought and whatever.

But it is that awareness of that overall process brings you back into your center. and if we're talking about it in energetic terms, you're no longer offering that vibration or that energy of that perception. Instead, you're offering the energy of your eternal self. You could call it the awareness.

People call it the I am, whatever you call it, you're in that state of being and you're holding that as the center. And then the other perceptions, that you can have the awareness that you are perceiving, come into resolution. .

And they are quite confused when they're not able to shift their energy. But when you step back into that eternal self, and relax into that state of being, that's the attractive point. Then you have this belief and you can perceive it sort of out there. This sort of belief. The belief used to be right here. It used to be driving the narrative going on, but you step back and the belief is sort of out there. You recognize it for what it is.

The belief is just a collection of thought and it's pulsing energy and it's pulsing what you then feel as emotion. It's pulsing all of this, but you recognize it as sort of its own entity, if you would. It's own self contained reality. Indeed. And when you have that recognition, then the belief starts to soften, the emotion becomes less intense, and then you feel yourself sort of stepping off that ledge.

So to give you the broader picture, there is a field, if you would, and the field is filled with unending possibility, which you would call thought. From those thoughts, you start to gather thought forms, which then gather an intensity. And when they reach a gathering of intensity, there is the physical realization.

And so if you look out into the night sky, you can see that sort of physically, reflected back to you all of the possibilities condensing into physical forms. And so, from that field, you will draw to you that which you are. And so that is why we want you to make it your priority, to connect back to that inner energy.

And that is the same process that happens within the inner mind, within the inner world. So you can just choose the state of being. It continues to focus and coalesce and gain more stability. And you experienced that process again, through what starts out like a vague feeling becomes a little bit more present, becomes a little bit more defined within the inner mind, which gains more clarity. And really what we want you to pay attention to throughout that process is the emotional state because your emotions will continue to intensify as this thought pattern gains momentum.

Whatever state of being you choose is going to perpetuate itself into your physical experience. But if you are able to step back and recognize there is a choice -  we want your criteria for that choice to be, is it my inner energy?

Is it my eternal knowing?

And we say, how does that feel?

Joseph: So the planet itself does not attract emotionally in that sense, but your perception of those rhythms, of the energies within nature, you experience, you experience emotionally. But yes, at a fundamental level there is all of that energy that is moving and ebbing and flowing and requesting and receiving and shifting and changing, and you're part of that, you're an extension...

In other words, that inner energy flows through the consciousness of the earth that flows through and up into that which you are, and it continues that expression and that exploration and that creation through that which you are. But again, you have the option to give your attention into all sorts of different ways into all sorts of different, and you're, you're all very creative in that sense, but you can have all of the above.

You can be physical, conscious, creative, moving forward, expansive, interested, and also have harmony and balance with the planet from which you come.  Your inner center, that we keep telling you to find, is the same energy that is present within all things. So there's nothing that's excluded with that. And you'll know that, you'll know it experientially, when you continue - and have known it - when you continue to practice this connection.

But then you go out into nature and you feel the wind and you, you have that awareness of the physical world around you and feel yourself to be sort of in that flow as well, because you are.

Marilyn: So the, the pause that we're globally doing here, um. A lot of people are saying, well, the air feels cleaner, the sky is blue, or the water's cleaner.

You know, Venice apparently doesn't smell, you know, things like that. So it's having this kind of  repercussion with the planet or the planet's having a, you know, influence on, I'm not sure which way it goes, but, um, but that energy is, it seems to also be reflecting through the earth, feeling, and this is a judgment maybe, but feeling cleaner or feeling less polluted, feeling more harmonious.

Joseph: Very much so.

Joseph: Very much so. And you can take that state of being and you can push it. In other words, you can identify materially, you can push that sort of belief system to the max.

And that's what you have going on here is that sort of is pushed to the very maximum and you're seeing the restraints, the restrictions within that materialistic view, if you would, in that sense that there is not the acknowledgement of the inner energy. There is not the appreciation of the emotional validity, the validity of emotions and, that mindset, it is reaching its culmination with this and it's a good thing.

And so you see that balance being restored. You see that coming together, the relaxation, the restoration, of course, the earth has had that inherent ability and has been doing it to a much greater extent than many of you even accept, but it is allowed to sort of clean itself up.

Marilyn: Yeah. Yeah. So the earth doesn't like, cause earthquakes...

Joseph: As a punishment? No, it does not. It is always seeking and finding balance and when you don't see yourself as being separate or divorced from nature, then you allow that same intuition and that same instinct and that same awareness to play through you. So in the same way the animals have the awareness far beforehand that something like that may occur and adapt their behavior to it, that you have that inherent ability as well.

But if you're completely focused on the feed on your phone, and not aware of the expression that is going on from within, then you see how it's so easy to distract yourself, and that is what you've kept feeling come up as well is just a distraction from that awareness.

And it feels like more trust, more love, more connection with the energy to be, sort of, my like lead the way, you know, sort of like, Oh, well, today is a beautiful day.

You know, I went outside put my face in the sun and it felt so good, but it also felt like I was in connection with divine source at that time, in that moment. And it's such a beautiful feeling that I know it is the distractions that just keep me from feeling that more and more and more

Joseph: And we want to back it up a little bit for you as well.

It seems a little out of reach. But it's just a series of steps.

You'll enjoy how this all comes together and you'll see as you continue to relax into those meditative states, how they're just thoughts.

They're just ideas. They're just as real as any others. And they come and they go, they come from the field, or they return to the field. And you have that stable center that allows you to differentiate, to choose, to have that awareness of the subtleties of energy within all of that. So when you let that just a little spark in, just that little bit of appreciating the sunlight on the deck and the warmth, you'll see how it leads to greater and greater and greater things.

Always having that awareness being the foundation, the center point.